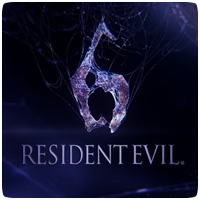 According to the ESRB rating for Resident Evil 6, the game has been given a M “Mature” rating due to the violence, blood and gore, strong language and suggestive themes. However, the rating also reveals that the game contains nudity.

The rating summary reveals a nude female boss who briefly caresses her breast while straddling on the player’s character:

This is a third-person shooter in which players assume the role of characters caught up in a worldwide viral outbreak. As players navigate intersecting storylines, they use machine guns, shotguns, melee weapons, and explosives to kill mutated zombie creatures in frenetic combat. Battles contain realistic gunfire, screams of pain, and exaggerated blood splatter effects; some attacks result in dismemberment or decapitation (e.g., slowly inserting a monster’s body into a rotating fan blade). Cutscenes also depict intense acts of violence: a zombie getting stabbed in the head; characters getting pummeled/impaled by monsters. One female boss character (a human-spider hybrid) is depicted nude—though without any discernible details (i.e., no nipples or genitalia); during one attack move, she briefly caresses her breasts while straddling on players’ character. The words “f**k” and “sh*t” can be heard in the dialogue.

One comment on “Resident Evil 6 Has Nude Boss Battle”