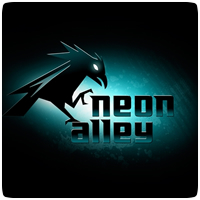 Anime fans will soon be able to enjoy their favourite content on the PS3 is a whole new way. Sony has announced that VIZ Media’s Neon Alley will be coming to the PlayStation Network later this year, allowing PS3 owners to stream anime straight to their PS3s. The app accompanies the Crunchyroll app that was previously announced.

Neon Alley is a 24-hour anime channel, and will provide a subscription-based service available to all PS3 owners in the U.S. and Canada for $6.99 per month. Neon Alley will include a mix of action, adventure, science fiction, supernatural, fantasy, and horror anime, all uncut and dubbed in English, and presented in HD (when available), including include blockbuster anime titles like Naruto Shippuden, Inuyasha: The Final Act, and Death Note, as well as new titles such as Tiger & Bunny, Berserk: The Golden Age Arc, Zetman, Nura: Rise of the Yokai Clan, plus original content that provides news and behind-the-scenes access for anime and manga fans.

The announcement was made at Comic-Con 2012 in San Diego.