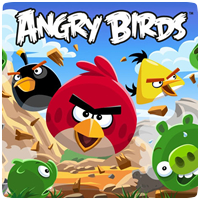 Rovio, the developer behind the Angry Birds game on iOS and Android, has confirmed that the game is heading to consoles. Activision is publishing the HD console versions of the Angry Birds Trilogy, who said the game will retail for $39.99 on the PS3 – a big difference compared to the iOS version, where all three titles would set you back a mere $6.

The PS3 version will support the PlayStation Move and feature better graphics than its mobile counterparts, but the price is far too expensive in our opinion. Realistically, the game should be the same price as Plants vs. Zombies, which retails for around $14.99 on the PlayStation Store.