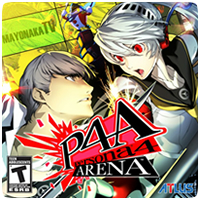 It’s unclear why the title has been region-locked, and no official statement has been given in regards. Needless to say, many games are upset with the decision on the Atlus forums. A company representation on the forums said:

Sorry for the delayed confirmation, but yes, the PS3 version game will be region-locked. I certainly can’t offer details as to why, but there might be an official response at some point.

To reiterate, our version of the game works for the North and South America regions. Also keep in mind that both the NA and JP versions have both English and Japanese text/voice options, making them nearly identical. I’m unsure of what the case will be for the EU version.

The game will release in Japan on July 27th followed by North America on August 7th. Publisher PQube has promised that it’s working towards a 31st August launch date in Europe.