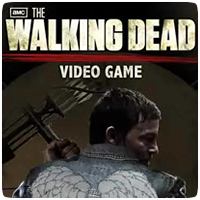 Activision has announced The Walking Dead Video Game, a new first-person shooter not to be confused with Telltale’s current game of the same name. The new game will be based on the AMC TV series, unlike Telltale’s version, which was based on the comics.

Set prior to the events of the first series, players will follow the exploits of Daryl Dixon and his brother, Merle. There’s little else to go on at this moment in time. Terminal Reality will be developing the title and is scheduled for release in 2013.