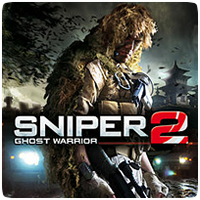 According to EuroGamer, first-person stealth shooter Sniper: Ghost Warrior 2 has been pushed back until October, missing it’s original release date of August 21st in North America and August 24th in Europe. Publisher Namco Bandai have yet to give a reason for the delay.

The likely cause of the delay is tweaking and optimising the game before release by developers City Interactive. The first Sniper: Ghost Warrior went on to sell over two million copies, despite receiving plenty of bad reviews.