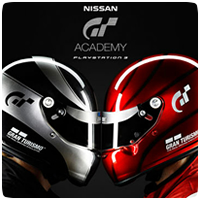 SCEE has revealed that over 830,000 gamers entered the Nissan and PlayStation GT Academy Online Competition across Europe. The entry for the competition closed last week, which involved gamers download and competing in a Gran Turismo 5 standalone demo.

The demo “attracted the most entries from the UK (over 161,000) closely followed by France and Spain,” says the Press Release from Sony.

The 16 fastest gamers from the UK and Ireland online time trial join 16 Live Event Wild Card winners to take part in a National Final event at Silverstone Circuit (17 and 18 July), where they will face a combination of GT5 gaming challenges and real driving tests using the muscular Nissan 370Zs. Six leading UK and Ireland candidates will then return to the home of British motorsport in August for the renowned International GT Academy Race Camp.

The week long GT Academy Race Camp will see the six UK and Ireland finalists go head-to-head, as they are put through a series of gruelling driving, physical and mental challenges designed to measure what it takes to become a modern day professional racing driver. The leading UK and Ireland competitor will then battle it out against other European finalists to determine who will be crowned the 2012 GT Academy European Champion.

The overall winner then embarks on GT Academy’s comprehensive and immersive Driver Development Programme to bring the virtual-to-reality champion up to international race licence standard and prepare them for their ultimate prize, a drive in the Dubai 24 Hour race in January, 2013 in a full race-spec Nissan 370Z GT4 car.