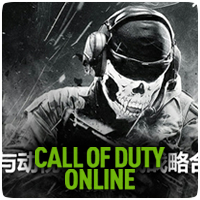 Activision have announced that Call of Duty: Online, a new title which has been in development for two years, will be released  exclusively to Chinese game players. The game is free-to-play and is operated by Tencent, who has a “terrific track record of customer-focused innovation and deep market knowledge” that Activision will leverage as they build games for this market.

The game will offer in-game items to monetise the game. In addition, a trailer for the game has also been released:

“We are very excited about our relationship with Tencent and the opportunities for gaming in China,” said Activision’s Bobby Kotick. “We think China is one of the most exciting places in the world for us to grow our business and to develop innovative new games.”

While consoles are banned in China, the microtransaction-based model on PC is widespread throughout Mainland China. It’s unclear if the online-only version of Call of Duty will be available on Consoles, or whether it will be released in North America or Europe.