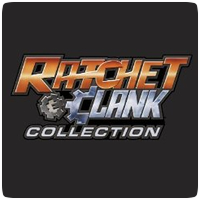 The games in the collection have been remastered in HD and also playable in stereoscopic 3D. In addition, a brand new trailer for the game bas been released to celebrate the game’s gold status: