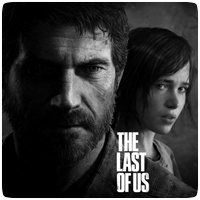 2013 will be a big year for the PlayStation 3. The new God of War: Ascension title is already dated for March 2013, but it looks like The Last of Us will also be released next year. An exact release date has yet to be revealed, but Sony Worldwide Studios boss Shuhei Yoshida confirmed that the game won’t be released this year.

“We are not ready to talk about 2013. But some of the games we showed like God of War and The Last of Us are not coming out this year.”

The Last of Us – E3 Gameplay Trailer: