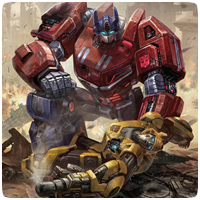 The latest trailer for Transformers: Fall of Cybertron has been released, fresh from E3 2012. The game is being developed by High Moon Studios, who also developed Transformers: War for Cybertron back in 2010. The game features a bigger cast of characters and larger environments compared to their previous title.

The game also features a completely new story line – one which Transformers fans will enjoy. The latest trailer reveals a new city-sized Transformer called Metroplex. The game will include a multiplayer game mode and a demo is expected before release. You can purchase the full game from August 28th 2012.