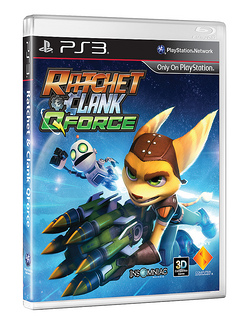 The game returns to the series’ classic feel, camera, controls and weapons. Even better, the addition of online features means there’s a whole new way to play Ratchet & Clank with your friends. In addition to the game’s announcement, the European packshot has also been unveiled.