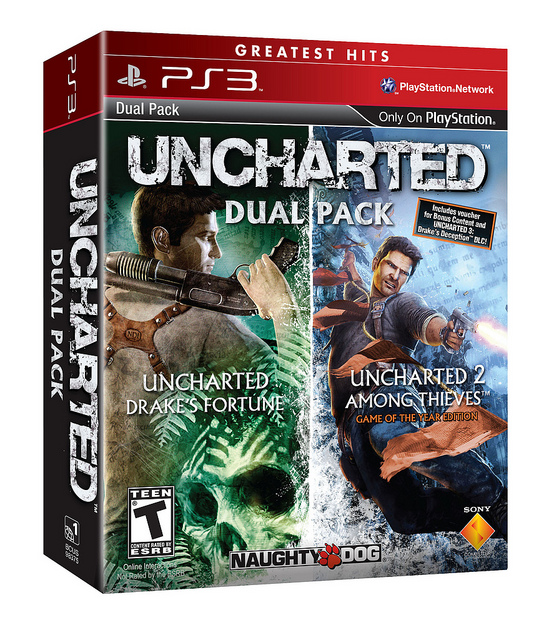 Uncharted 3: Drake’s Deception is around 2 months away from release, and what better way to get caught up with the series than to play Nathan Drake’s first two adventures – Uncharted: Drake’s Fortune and Uncharted 2: Among Thieves. If you haven’t played the first two titles, you will soon be able to get them in a new Greatest Hits Dual Pack, out next week.

To help formally announce the Dual Pack, check out the official UNCHARTED DualPack trailer below. If you haven’t played the first two UNCHARTED games, it will give you a taste of two epic adventures you won’t want to miss.