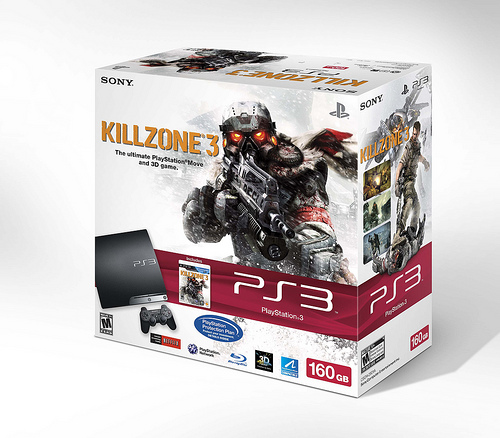 With Killzone 3 coming out later this month, Sony will also be releasing a new PS3 bundle to coincide with the release of the game. A Limited Edition Killzone 3 PS3 Bundle includes the 160GB PS3 system as well as a copy of Killzone 3 – all launching February 22 for $299.99 (MSRP).

No doubt that this exciting game will sell a few more PS3s with levels 10 times the size of Killzone 2, intense single-player campaign and extensive multiplayer mode. Killzone 3 is also compatible with PlayStation Move  and is playable in full stereoscopic 3D. Check out the single player demo and multiplayer Open Beta on the PlayStation Store while you wait.