‘Going gold’ is a much-anticipated landmark in the development of any game – essentially, it means that the discs are ready to be pressed and the Champagne is chilling nicely. The latest game to reach the ‘gold’ milestone is Killzone 3, which means the game is on schedule for release on February 23rd 2011.

Picking up right where Killzone 2 left off, you return to the role of ISA Sgt. “Sev” Sevchenko. Beaten, bloody but not broken you and your fellow ISA veterans find yourself outnumbered and isolated following the events ofKillzone 2. New enemies, new environments and new threats wait for you as the story for survival unfolds. Add in 3D support including online, split-screen co-op campaign, and full Move support, which can be be played with or without the new sharp shooter peripheral. 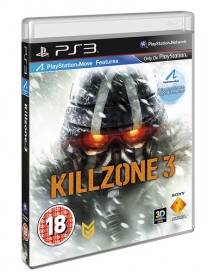