In celebration of the upcoming release of inFAMOUS 2, Sucker Punch Productions and DC Comics have announced all-new chapters in the inFAMOUS storyline. Penned by William Harms and illustrated by artist Eric Nguyen, the series bridges the story between inFAMOUS and inFAMOUS 2 and chronicles Cole’s struggle to save Empire City before fleeing to the Southern city of New Marais.

Spanning six heart-stopping volumes, the series will reveal sinister motives, dark secrets, and introduce a new threat to Cole and all of mankind. We’re also happy to reveal the cover art, drawn by the famed Doug Mahnke, who has illustrated for legendary DC Comic franchises such as Justice League America, Batman,and most recently Green Lantern. 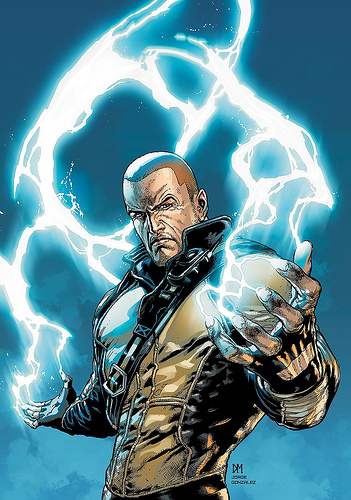