A mysterious LittleBigPlanet game has been uncovered by Siliconera on the website of the Australian games ratings board, the OFLC. The game is called  “Sackboy’s Prehistoric Moves“ and had been approved for a general audience (basically the equivalent to a “U” or “3+”), and is being developed by Supermassive Games and Media Molecule, and published by Sony.

No other details about the game are available, but from the title you can speculate that the game has something to do with Sackboy, dinosaurs and the PlayStation Move controller. 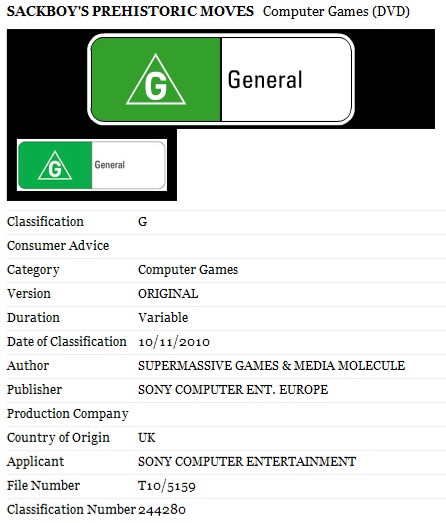 One comment on “LittleBigPlanet Spin-Off Game Coming to PS3?”