United Front Games have been working hard on the next ModNation Racers DLC, which is currently in the final stages of development. The new patch aims to further optimize the load times and also adds the ability to race a friend in the XP races, so you can level up and show-off to your friends at the same time.

The patch currently has some bugs to iron out before it is ready for release – look out for more details soon. As for DLC, this week you will be able to download the Cowboy mod and kart from the PlayStation Store. Both these items were previously exclusive to pre-orders, but can now be purchased as a bundle or separately. 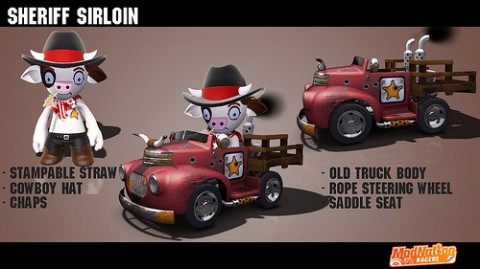