Killzone 3 may not be due for release until February 2011, but Sony has released the boxart for the title already (see below). The game will be both PlayStation Move and full stereoscopic 3D gameplay. The boxart itself is much lighter that the first two games but still features a Helghast character on the cover. 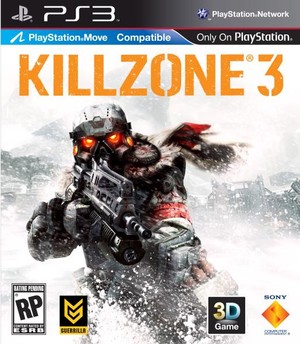