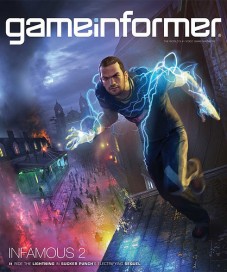 You’ll learn about the new city, new powers and new gameplay, and the issue will be available next week. More details about the game will be revealed at E3 2010.