The release date for ModNation Racers has been confirmed as May 25th in the U.S. A date for Europe is still outstanding, however Sony have stated that they’re aiming for a European release in the same week as the U.S. release, which makes May 28th a likely launch date.

Below is the game’s boxart that has also been revealed, which includes character designs created by gamers via the European beta! 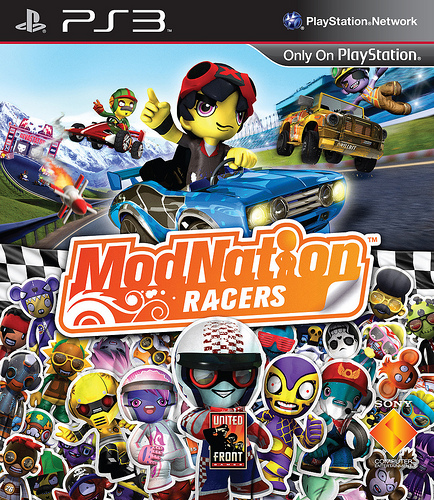