Jump onto docks and over boats, balance on rails and waves, and launch over buildings and landmarks. Flip, grab, roll, and spin as you hurl across the water and through the air. Smash through billboards and boats, splash the skimpily clad tourists. Race against your buddy in any mission with side-by-side split screen action.

Wakeboarding HD will be available on PSN this Thursday, 18th March in Europe and on 25th March in North America for €14.99/$14.99. Check out the screen shots below! 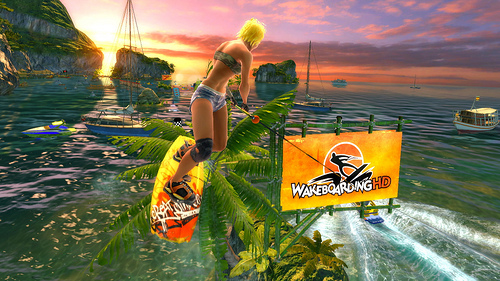 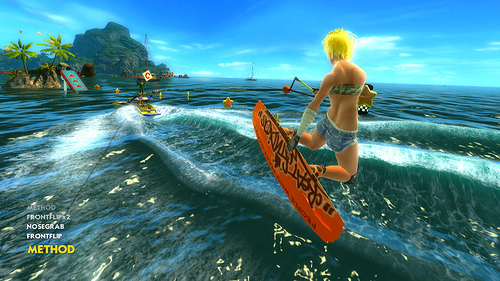 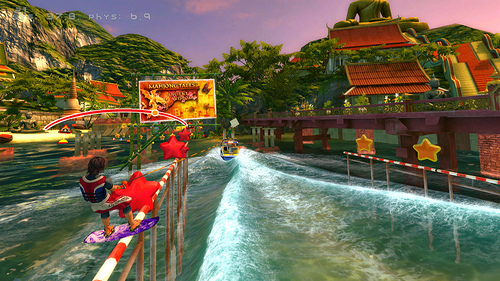