E3 2009 saw the demo release of God of War III, which caused quite a buzz thanks to the attention to detail particularly on Kratos and the brutal gameplay. Well, DigitalFoundry has just blogged a side-by-side comparison of the demo and the gold edition of the game. Prepare to be astounded.

The final game boasts richer lighting with more realistic ambient lighting, which reveals yet more in-game detail on characters and environments. Other enhancements include “film-like motion blur”, “effect optimisations” to give the game a less of a CGI-like feel and significant increases in performance of the game’s framerate.

If that wasn’t enough to add to the hype-o-meter, then feast your eyes on the images below courtesy of DigitalFoundry. Click on images to enlarge: 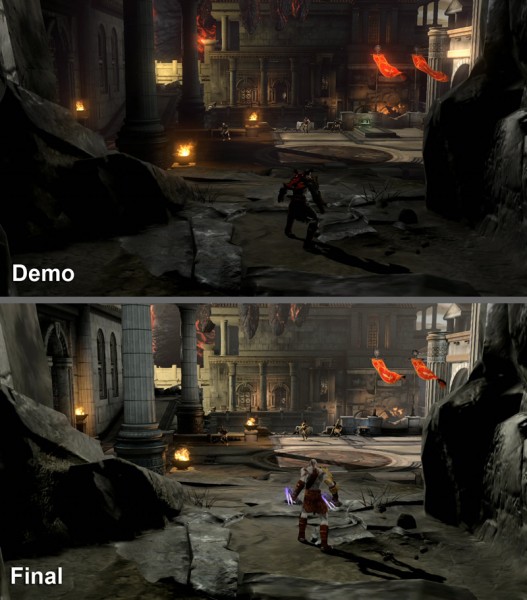 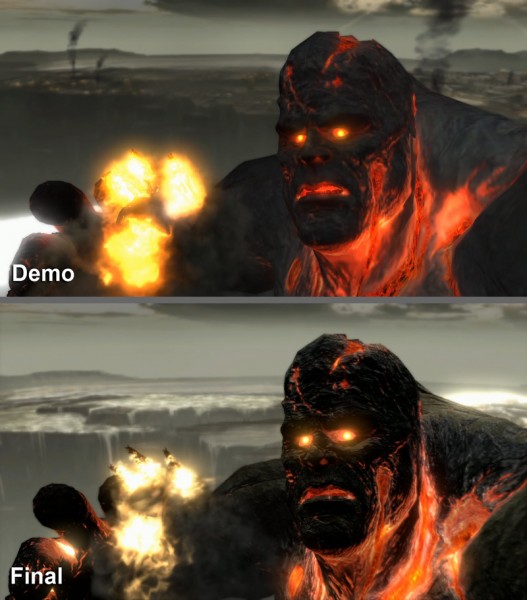 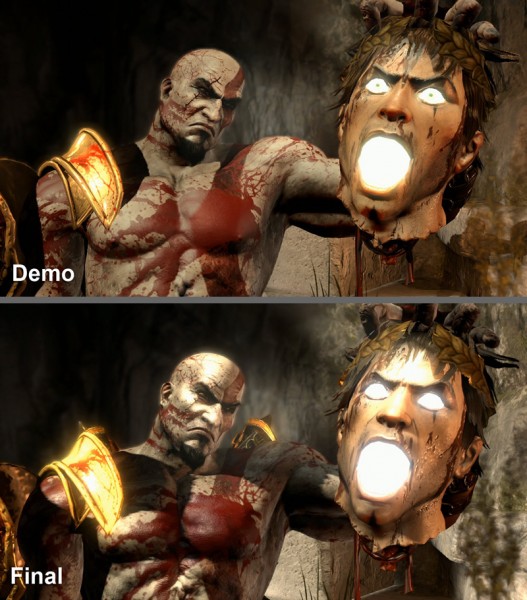 One comment on “God of War III Demo vs. Gold Release”