SCEE has unveiled the God of War III Ultimate Trilogy Edition box set. The Ultimate Trilogy Edition can be pre-ordered in selected retailers across Europe, Australia and New Zealand, but in limited quantity. This very special edition comes in a high-end, sculpted replica of Pandora’s Box with an epic outer box which features an acetate window: you can actually see Pandora’s box before you even open it. 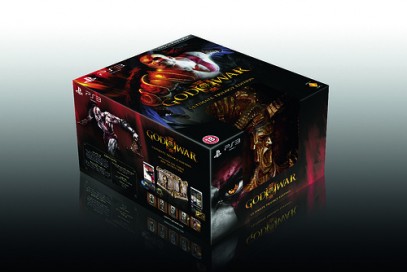 Once open, you will find the following items: