Tomorrow, the latest patch for Fat Princess goes live, bring the game to version 1.04. The free patch adds a new city-themed map called Brownie Town. The patch also fixes an issue with the online rankings, so now the All-Time and Monthly scores for Team Deathmatch and Invasion have been swapped to post correctly. 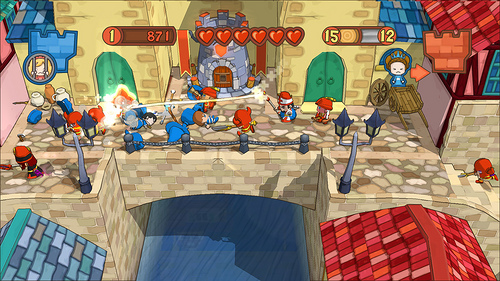 The Fat Princess team are now hard at work on the next patch. The warrior shield bug, which has been reported by many users, will not be in this upcoming Patch 1.04, but will be addressed in the next patch.