Heavy Rain, due for release in 2010, is getting a special edition box as well as downloadable content, dubbed the Heavy Rain Chronicles. These are a series of additional, fully-playable scenes, where you’ll learn more about the backstory of some of the characters you’ll meet in Heavy Rain itself. The first episode will centre on Madison. In addition, the Collector’s Edition of Heavy Rain will feature a special ‘rain-effect’ slipcase, which “gives the impression of being streaked with 3D rain-drops.” 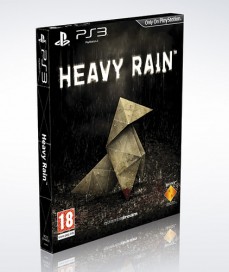 The Collector’s Edition also contains a voucher to download the following additional content from the PlayStation Store: