This Thursday, PlayStation Home gets updated with a bunch of new content. First and foremost, the next phase of the wildly popular Red Bull Island will be released in PlayStation Home. To complement the existing Red Bull Air Race World Championship mini-game, Red Bull will unleash two brand new spaces that will appeal to sports fans and beach bunnies alike. New events will also be taking place over the next few weeks including one for Fight Night.

Last, but certainly not least, Ezio makes an appearance in PlayStation Home with all new costumes. Be sure to pick up the new costumes from the Mall and show the world how much of an Assassin’s Creed fanboy/fangirl you are. 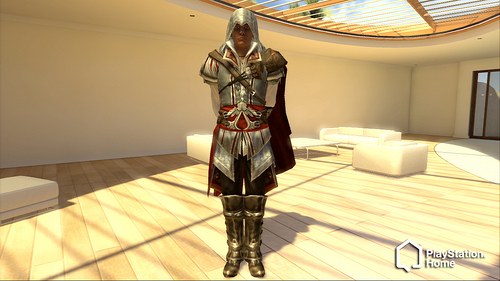 Full details and event terms & conditions can be found here.