Earlier today, Kaz Hirai, President and Group Chief Executive Officer of Sony Computer Entertainment Inc., kicked off Tokyo Game Show with a keynote speech that unveiled some interesting tidbits about the future of PlayStation. Hirai also showed off the PS3 motion controller, reiterating that it would be released in the Spring of 2010. They feature a pair of motion sensors, a three-axes gyroscope and a three-axes accelerometer, along with Bluetooth and a rechargable Li-on battery. 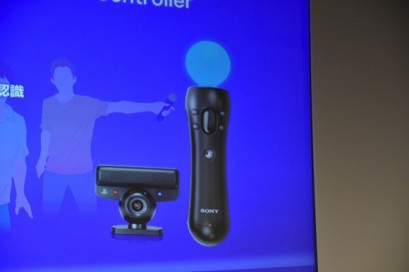 A list of games in development for the peripherals was revealed, and it was confirmed that PAIN, Flower, Hustle Kings, High Velocity Bowling and EyePet will get compatibility patches to add motion controller functionality.