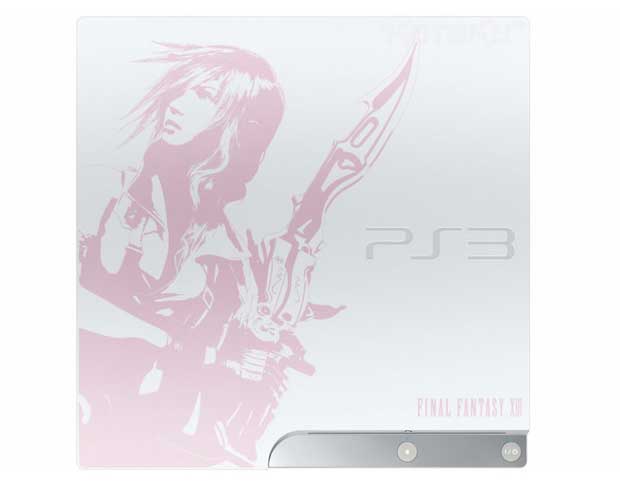 Over the last few weeks the PS3 Slim has provent to be a hit, but hopefully Final Fantasy fans haven’t already purchased one. Sony has a special white and pink edition, called Lightning Edition, coming that will honor the franchise. Plus, it will come rocking a 250GB HDD. So far the special edition is only announced for Japan though. It’s slated to be released on December 17 for ¥41,600 (approx £280 / $460).

If it does come to the West, it will retail slightly higher than the 250GB edition. The game will also be bundled with the console, naturally.

On a side note, Final Fantasy VIII will be made available on the PlayStation Store (at least, in Japan) today for 1,500 yen. Hopefully it will hit state side and across the pond too.