Both Biohazard 5 (known in the US as Resident Evil 5) and a LittleBigPlanet tech demo were shown on stage. 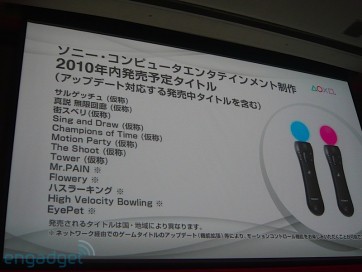