Sony has announced a official PS3 QWERTY Wireless keyboard at the Leipzig Games Convention. The keyboard can attach onto the SIXAXIS or DualShock 3 controllers and can be charged using a USB cable (just like how you charge the controller). The keyboard can also turn into a touch pad (a bumpy one), allowing you to move the cursor in the PS3 Internet Browser, for example. 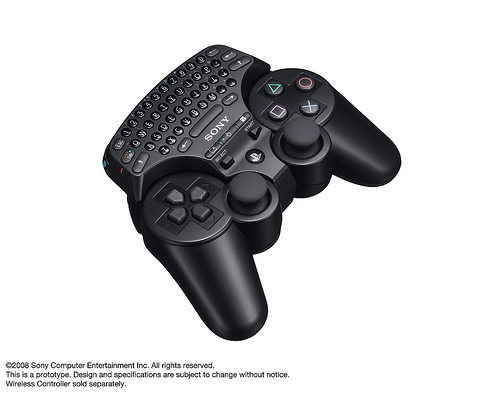 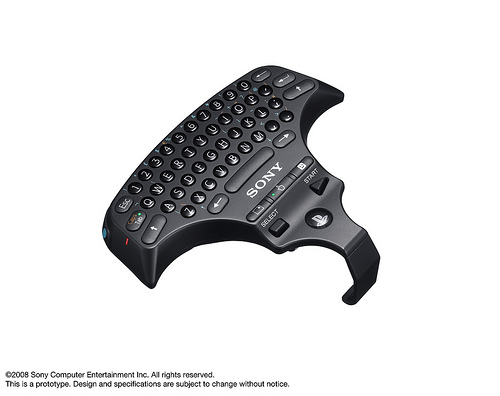 The keyboard can be used with other devices that support bluetooth keyboards. There are two shortcut buttons on the keyboard; one that takes you to your Friends List, and the other taking you to the Message Box on the PS3 XMB.