After PlayStation Home was delayed for the second time back in April, Sony promised that the closed beta will be extended to allow more people to participate and generate feedback to improve the service. Sony has revealed that the US expansion the closed beta will begin soon, though no exact date has been given. Japan is also prepping to expand the beta later this month, adding 10,000 new users to the service. Japanese users can apply via the PlayStation Store. 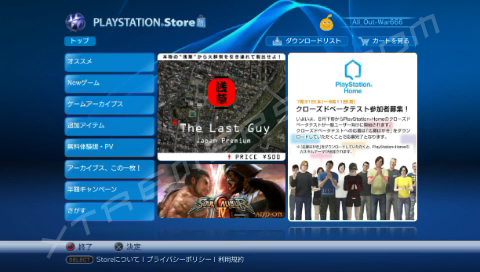 If you want to apply for the Japanese Beta, head over to the Japanese PlayStation Store and simply download the 277KB file. You have until August 11th 2008 to apply, after which registrations will be closed. Unfortunately, we do not know Japanese so we cannot translate the text is the screenshots above and below. You can learn how to create a Japanese PSN Account here. 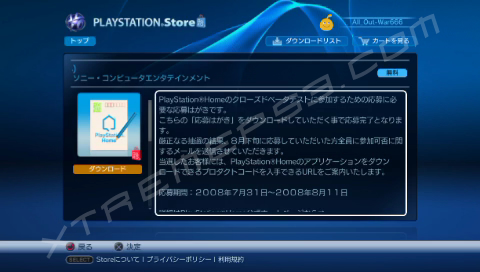 [Guide: How to Create a Japanese PlayStation Network Account]