In a Press Release today, SCEE has confirmed that the new PlayStation Store will launch on Tuesday, 15th April 2008. Firmware 2.30 will be available to download which will allow you to gain access to the new store. In addition, new content will be available from April 17th 2008, including the Metal Gear Online Premiere Beta. The Warhawk add-on pack Operation Broken Mirror will also be available to download next week. Press release and new screenshots below. 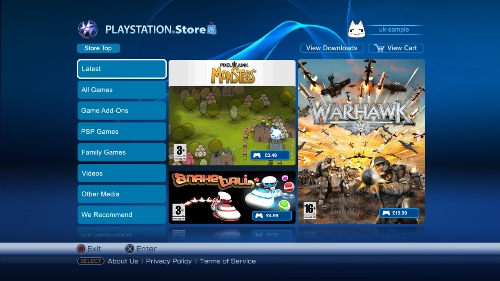 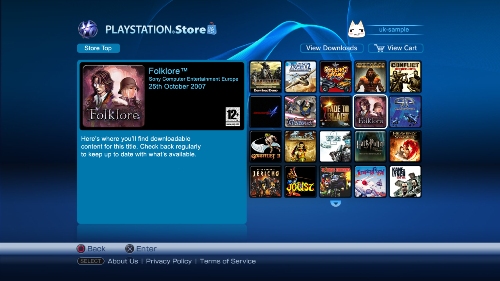 "On 15th April, the new look PLAYSTATION Store, the online content store on PLAYSTATION Network launches; bring with it improved navigation, more functionality and a whole raft of new content.

The revamp comes in response to a survey last year which showed that many PLAYSTATION Store users wanted a better interface and easier navigation. The new design will deliver a hugely improved navigation system, much greater scope for categorisation and a dynamic new user interface.

To accompany the launch, the PLAYSTATION Store will see an exciting selection of content available from 17th April, consisting of the launch of the Metal Gear Online Premiere Beta, building up to the launch of the next chapter in one of PlayStation’s most loved franchises, Metal gear Solid: Guns of the Patriots. Also available will be Warhawk: Operation Broken Mirror, a great new addition to the hugely popular Warhawk experience and Lair: Diabolical Dragons Pack and Skyguard Upgrade pack, offering new and exciting features and functions. There will also be a collection of trailers including the latest for GTA IV, as well as a Sega Superstars tennis demo.

The PLAYSTATION Store revamp will not affect PLAYSTATION Network accounts or the virtual wallet system."