At the Consumer Electronics Show, Sony has shown off some of the functionality of the upcoming Blu-Ray 2.0 Profile, also known as BD Live. There was talk of a new feature where you’ll be able to put a Blu-ray disc in your PS3, and within seconds, have a copy of the movie ready to transfer to your PSP. BD Live will add web oriented services to Blu-Ray players, in addition to copying low-resolution movies to portable players. Other abilities include ringtone downloading and other media content to BD Live compatible players.

The extra functionality is sure to please PS3 and PSP owners, but what does this mean for the UMD? The UMD format isn’t doing to well and this may just hinder its progress further.

We have more information on the upcoming Blu-Ray to PSP transfer feature. PSP-formatted Blu-ray movie will eat as much as 1 GB of memory space and will be encoded at the PSP’s best quality thresholds – that’s using the H.264/MPEG-4 AVC format. Sony’s given the impression that the transfer feature should be compatible with all Blu-ray movies. The general idea, they said, is that the transfers are supposed to work with all Blu-ray movies. The company has also mentioned that low-resolution, portable versions of Blu-ray movies will only be readily available on-disc once Blu-ray 2.0 rolls out uniformly from both Blu-ray recording plants and movie publishers.

What Sony doesn’t address is how the movie will be converted. Sony has stated that the process shouldn’t store the movie on the PS3 hosting the transfer, which leads to the possibility that on-the-fly conversion will be used (standard conversions would need to store data and then convert the movie to a compatible format).

Digital Rights Management (DRM) is another issue that still needs to be addressed. Sony expressed that they do have plans of controlling the movie transfers, thought it is likely that they will limit the number of times a movie can be transferred. 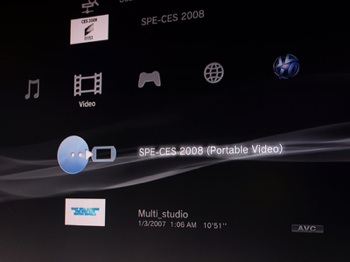 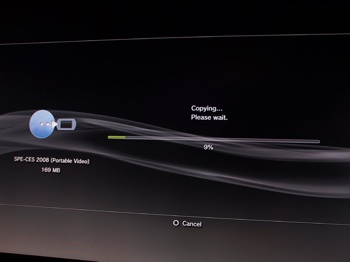 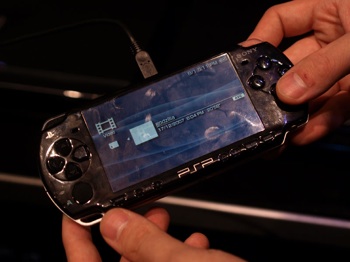 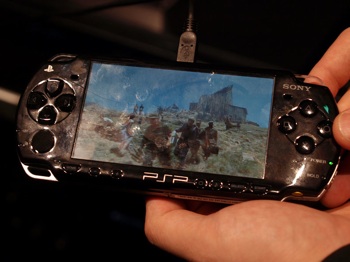