Firmware 2.10 hits the PlayStation 3 tomorrow, adding some new features to the system including DivX support. As previously reported, DivX support is finally added to the PlayStation 3 and Blu-Ray Disc Profile v1.1 is now also supported in the new update. There are also a few other previously unmentioned additions including a Voice Changer feature. Check out the changelog below. 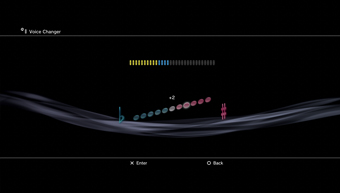 Look out for more information about the update tomorrow.