Sony Computer Entertainment Europe (SCEE) has been sending out email messages informing people that the Europe PC-browsable PlayStation Network Store will be launching some time after Christmas. What’s more, to celebrate its launch, Sony will be giving away a free downloadable game to every member of the PlayStation community – call it a late Christmas present! 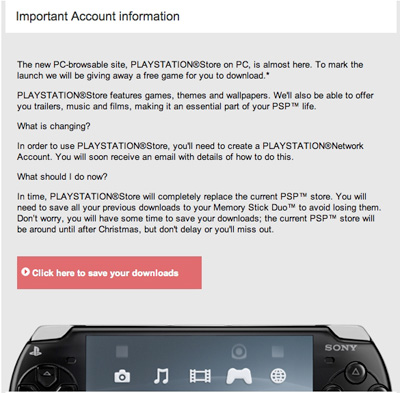 0 comments on “PlayStation Network Store coming to PC after Christmas”