Firmware 1.90 is already available to download in Japan, and there is are a number of significant additions. Included in the update is the ability to use wallpaper on the XMB, eject discs by pressing triangle on the XMB as well as others. Another improvement is you can now type into the Web Browser without the use of the pop-up keyboard is you are using a USB keyboard. A preliminary list of features has been included below. 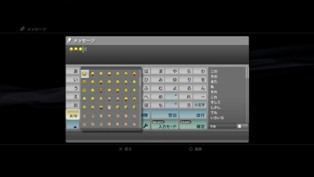 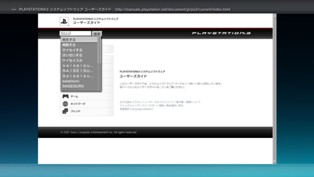 Unfortunately, the in-game music options doesn’t seem to be included as the rumors suggested. The regional websites have not been updated yet, but we will bring you an update soon.

According to a post on the PlayStation Blog by Eric Lempel, Director of PlayStation Network Operations, firmware 1.90 should be available to download in North America within the next few days.The features included in the update have been reiterated within the post. Hopefully we will have a more conclusive list of features soon.

“A quick update: we have a new firmware upgrade in the works for PS3, it will be available for download in the next few days. Firmware 1.90 brings with it several new features, many of which readers of this blog have requested – I’m happy to report.”

PS3 Firmware 1.90 is now available to download in North America and Europe. A full changelog hasn’t been posted up yet, and the US and EU PlayStation websites have not been updated with the new firmware yet. You can download the new firmware via the PS3 Network Update menu.

The changelog has now been posted on the European PlayStation website, the North American website still has not been updated. We have included the complete changelog below.