According to the virtual PSP in Home, the in-depth news section states that the open beta of Home is to start on July 20th 2007. Whether or not this is actually true remains to be seen. Sony initially stated that the closed beta would be held from April to Augsust, meaning the open beta would be held from August to its release in October. Check out the screen shot below. 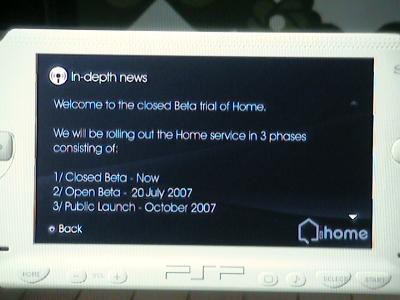