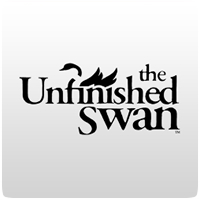 Sony Europe has revealed that The Unfinished Swan will be released on the PlayStation Network at the end of this month. If you are a PlayStation Plus subscriber, you’ll be able to purchase the game a week earlier than everyone else. In addition to revealing the release date, the first developer diary for the game has been released too.

A new trailer for The Unfinished Swan has been released from PAX 2012 over the weekend. The new trailer details the story of the game, and introduces the King, who created the entire world that players will be exploring in the game.

Giant Sparrow has released a new trailer for The Unfinished Swan this week, showing previously unseen colourful areas in the game. The Unfinished Swan is a game about exploring the unknown. The player is a young boy chasing after a swan who has wandered off into a surreal, unfinished kingdom.