The Order: 1886 appears to be doing well (at lease in the UK), with the game debuting on top of the UK’s game chart after being releasing last Friday. The game’s sales over the three days was enough to beat both Call of Duty: Advanced Warfare and push last week’s top seller, Evolve, down to third.

Tomorrow, The Order: 1886 will finally launch around the world. Developed by Ready at Dawn and SCE Santa Monica Studio, the game is exclusive to the PS4 and set in an alternative reality London. The launch trailer for the game has been released today, giving you a taste of what to expect tomorrow. 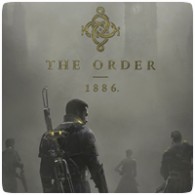 The Order 1886 was set to release later this year, but as with many games with lengthy development times, it’s been delayed and will now release in Early 2015. Sony has decided to spend extra time on the development of the game to give it more polish, but will be making an appearance at E3 in June.

Sony and Ready At Dawn has released a CG trailer with voiceover for upcoming game PS4 exclusive, The Order: 1886, set in neo Victorian London. The game presents an alternate version of history centred around an age old war, where mystery and technological advances take centre stage.