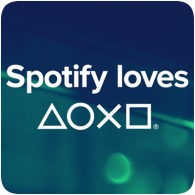 Sony has confirmed that Spotify is launching on the PS4 and PS3 today, replacing the Music Unlimited service. The new partnership between Sony and Spotify brings more than 30 million songs to PlayStation owners.

Sony has announced that it has partnered with Spotify to bring its digital music service to the PlayStation Network this spring, and will be launching in 41 markets around the world. The new app will be called Spotify on PlayStation Music and will give you access to Spotify’s 30 million song catalogue. The app will also be usable during gameplay, letting you soundtrack your gaming sessions.