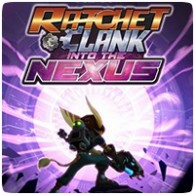 Sony and Insomniac Games have announced the next title in the Ratchet & Clank series, called Ratchet and Clank: Into The Nexus in North America and Ratchet & Clank Nexus in Europe. The game will coming to the PS3 later this year with an all new original single-player epilogue.