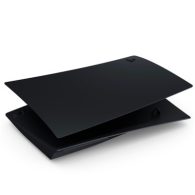 Sony is launching three new DualSense colours in the New Year, adding to Cosmic Red and Midnight Black variants that were released in June. The new colours will be Nova Pink, Starlight Blue, and Galactic Purple. In addition, Sony is releasing official face places (or console covers) to match the different DualSense controllers.