Sony and Sucker Punch has revealed more details about the first DLC pack for inFamous: Second Son. inFamous: First Like is a prequel to the game, which takes place two years before the events in Second Son, with the player controlling Fetch and her neon powers. In the game, Fetch has her own side quests to complete, separate from the main scenario, and she even has her own version of blast shards to collect.

One of the best exclusive PlayStation 3 titles this year, inFamous, is going platinum. If you haven’t had a chance to play as Cole MacGrath, you can get the platinum version of the game from November 11th 2009, for £19.99 / €24.99. inFamous features 50 trophies to collect and has an amazing story line, with motion comic cut-scenes. The platinum trophy can be earned in two play-throughs of the game, making it a perfect title for trophy whores. 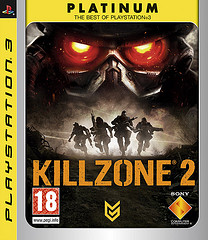 The PlayStation 3 Platinum range has been expanded this month with a handful of new titles. Games that reach over 400,000 sales are added to the Platinum range for an unbeatable price of £19.99 / €29.99. This month, some very popular games have been added to the list including MotorStorm: Pacific Rift, Resistance 2, Killzone 2 and Metal Gear Solid 4. All the aforementioned games are available to purchase in the platinum range now.