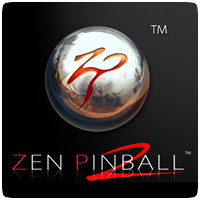 The PS4 is receiving a steady stream of new games, with at least three new titles available on the PlayStation Store tomorrow, including Backgammon Blitz, Zen Pinball 2 and Pinball Arcade. Backgammon Blitz will be releasing on both the PS4 and PS Vita tomorrow, for just £4.99/€6.19. Zen Pinball 2 is a port of the PS3 / PS Vita versions, but will allow you to import your existing DLC to the new version for no charge (compatible tables only).