Sony has revealed that a new firmware update is in the works and will be releasing in coming weeks. The firmware update will be bringing some of the most requested features to the PS4, including removal of HDCP so you can capture gameplay via HDMI and USB drive support to allow exporting of screenshots and videos recorded using the Share button. 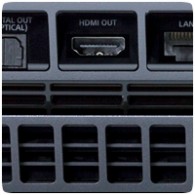 Sony has confirmed that the PS4 will let you capture gameplay footage using external capture devices rather than being locked to the system’s Share button. Shuhei Yoshida says the feature won’t be available at launch, but will be opened up int he future, allowing you to edit footage on a PC before uploading to your favourite video sharing service, like YouTube.