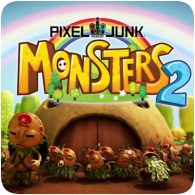 Spike Chunsoft and Q-Games have announced a sequel for the PS3 tower game PixelJunk Monsters, over a decade after the original. The game will be releasing on the PS4, Nintendo Switch and PC on 25th May 2018, and will be priced at $14.99. A trailer for the game has been released too.