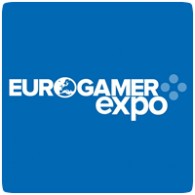 Eurogamer has confirmed that the PS4 will be playable on the show floor at the annual Eurogamer Expo in London this September. This will be the first chance the UK public has to go hands-on with the console and it’s upcoming games. The show runs from Thursday, September 26th until Sunday, September 29th 2013, but be prepared to big queues as 70,000 people are expected to attend the expo.

The Eurogamer Expo is at Earls Court in London this Friday, Saturday and Sunday (1st to 3rd October) and consists of a huge show floor where you can play the likes of Gran Turismo 5, inFAMOUS 2, Killzone 3 and more, as well as a special auditorium where top game developers like Media Molecule and Guerrilla Games will be presenting their games and taking questions from the public.