CCP have announced that its free-to-play PS3 shooter, Dust 514, will close at the end of May. The game has been running for the last three years, since it was first launched in May 2013. It also means that the planned v1.3 update won’t be releasing for the game, as originally planned.

The Dust 514 Open Beta is coming to an end shortly, after months of testing, but the good news is that the full game will be launching in May 2013. The beta will come to an end on May 14th 2013, but will be replaced with the full free-to-play version. The Uprising update will also be released on the same day, adding a ton of new stuff to the game.

The DUST 514 Beta is now is now open to all PSN gamers who want to take part. After several months of closed beta testing, the developers have lifted the access restrictions on this free-to-play game to get more feedback from the community to further improve the title.

Sony Computer Entertainment America CEO, Jack Tretton, has revealed that free-to-play title Dust 514 is  “coming out next month.” October is just a  week away but developers CCP Games have yet to confirm a official release date. Tretton revealed the news in an interview with Fox Business a couple of weeks ago. 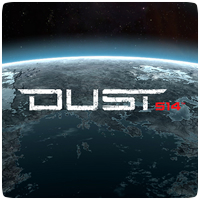 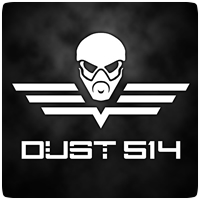 CCP Games has announced that PlayStation Plus subscribers will have open access to an upcoming DUST 514 beta event, which will take place between August 21st and September 4th. At the start of the beta, the developers will also be releasing the “Precursor” update to the game, adding new maps, gameplay features and more.

If you want to get into the DUST 514 Beta there are two ways you can do so. The first is to sign up for the beta on the Dust 514 website. The second, which guarantees Beta entry, is by purchasing the Mercenary Pack from the PlayStation Store.

In more beta news, the Dust 514 closed beta is now also open for registration. Head over to www.dust514.com/beta to sign-up for the beta. Select players from CCP’s MMO EVE Online will gain entry into the DUST 514 beta this week, as well as all those who attended the EVE Fanfest convention in Iceland this past March.

Brandon Laurino, Executive Producer at CCP Games, has confirmed that DUST 514 will be free to play on PlayStation 3. DUST 514 is the first ever game built from the ground up as a free to play MMOFPS on console, exclusively on the PlayStation 3. The development of DUST and CCP’s engagement with Sony has been ongoing since before E3 2011 last year.