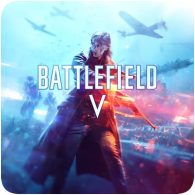 Originally scheduled to release on 20th October 2018, EA and DICE have announced that Battlefield V has been delayed by a month, and will now release in November 2018. The reason for the delay is to further polish the game from feedback received during beta testing.

Battlefield is going back to it’s World War roots with the announcement of Battlefield V. EA and DICE have revealed that the upcoming game will based around World War 2, and will be releasing worldwide on the PS4, Xbox One and PC in October 2018. A trailer for the game has also been released.